PELOSI: "This isn't about Ukraine. This is about Russia. Who benefited by our withholding that military assistance? Russia. It's about Russia. Russia is invading eastern Ukraine ... All roads lead to Putin. Understand that." pic.twitter.com/j5byRZ3cW5

Let us begin where our Founders began in 1776: ‘When in the Course of human events, it becomes necessary for one people to dissolve the political bands which have connected them with another…’
With those words, our Founders courageously began our Declaration of Independence from an oppressive monarch, for, among other grievances, the King’s refusal to follow rightfully-passed laws.
In the course of today’s events, it becomes necessary for us to address, among other grievances, the President’s failure to faithfully execute the law.
When crafting the Constitution, the Founders feared the return of a monarchy in America. And, having just fought a war of independence, they specifically feared the prospect of a king president corrupted by foreign influence.
During the Constitutional Convention, James Madison – the architect of the Constitution – warned that a President might ‘betray his trust to foreign powers… which might prove fatal to the republic.’
Another Founder, Gouverneur Morris, feared that a president ‘may be bribed by a greater interest to betray his trust.’ He emphasized that, ‘This Magistrate is not the King…The people are the King.’
They therefore created a constitutional remedy to protect against a dangerous or corrupt leader: impeachment. <...>
Sadly, but with confidence and humility, with allegiance to our Founders and our hearts full of love for America, today, I am asking our Chairmen to proceed with articles of impeachment.
I commend our Committee Chairs and our Members for their somber approach to actions which I wish the President had not made necessary.
In signing the Declaration of Independence, our Founders invoked a firm reliance on divine providence.
Democrats too are prayerful.
And we will proceed in a manner worthy of our oath of office to support and defend the Constitution of the United States from all enemies foreign and domestic, so help us God.
https://www.speaker.gov/newsroom/12519-0

What happened in 2016 was bad enough: there is widespread agreement that Russian operatives intervened to manipulate our political process. But that distortion is magnified if a sitting President abuses the powers of his office actually to invite foreign intervention. <...>
I believe the evidentiary record shows wrongful acts on that scale here. It shows a president who delayed meeting a foreign leader and providing assistance that Congress and his own advisors agreed served our national interest in promoting democracy and limiting Russian aggression. And it shows a president who did this to strong arm a foreign leader into smearing one of the president’s opponents in our ongoing election season. That is not politics as usual—at least not in the United States or any other mature democracy. It is, instead, a cardinal reason why the Constitution contains an impeachment power. Put simply, a candidate for president should resist foreign interference in our elections, not demand it.
If we are to keep faith with the Constitution and our Republic, President Trump must be held to account.
https://docs.house.gov/meetings/JU/JU00/20191204/110281/HHRG-116-JU00-Wstate-KarlanP-20191204.pdf

"We have to seize back the high ground on patriotism and on love of our country, because we have more reason than they do to love America. The rich, pampered, prodigal, sanctimonious, incurious, white, straight sons of the powerful do pretty well everywhere in the world, and they always have.
But what about us? Snarky, bisexual, Jewish women who want the freedom to say what we think, read what we want, and love who we do. I don't want to keep other people from having the great opportunities I've had here in the United States. I want other people to share them."
https://www.acslaw.org/expertforum/stanford-law-professor-pam-karlan-concludes-2006-acs-national-convention/

Earlier today, we heard the beginning of the Preamble to the Constitution of the United States, “We, the people.” It is a very eloquent beginning. But when the document was completed on the seventeenth of September 1787 I was not included in that “We, the people.” I felt somehow for many years that George Washington and Alexander Hamilton just left me out by mistake. But through the process of amendment, interpretation and court decision I have finally been included in “We, the people.”
Today, I am an inquisitor; I believe hyperbole would not be fictional and would not overstate the solemnness that I feel right now. My faith in the Constitution is whole, it is complete, it is total. I am not going to sit here and be an idle spectator to the diminution, the subversion, the destruction of the Constitution.
https://watergate.info/1974/07/25/barbara-jordan-speech-on-impeachment.html 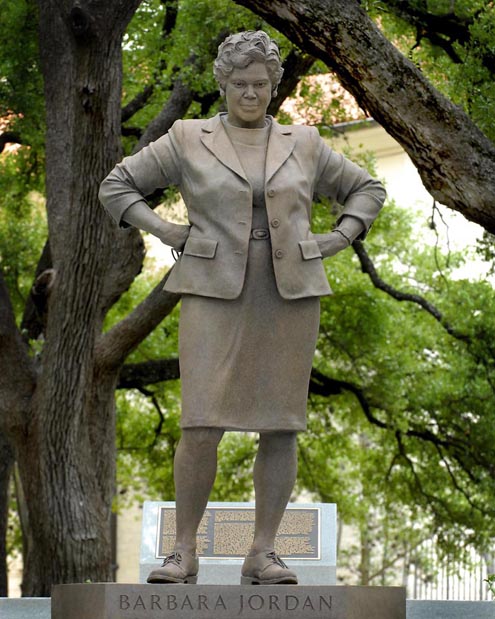 I have made three excellent decisions in my life. The first was to ask my wife to marry me. The second was to start @KaplanHecker. The third was to call Pam Karlan on July 4, 2012 and ask her to work on the Windsor case. Post-victory, Windsor likes to pose the riddle, "How many Jewish lesbians does it take to bring down DOMA?" Her answer is at least three, including herself, Kaplan and co-counsel Pam Karlan.
https://nyblueprint.com/roberta-kaplan-edie-windsor-then-comes-marriage-united-states-v-windsor-and-defeat-doma

Stanford Law School's Pamela Karlan: "... drawing a foreign government into our elections is an especially serious abuse of power because it undermines democracy itself. Our Constitution begins with the words 'We the People' for a reason." https://t.co/vPwGQjeJkw pic.twitter.com/E0kgLyM0kF